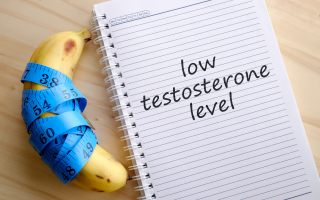 When most people bring up the topic of low testosterone, it's usually in the context of older men heading into the august years. Unfortunately, it doesn't require middle-aged to be affected by low testosterone. This condition can appear in men of any age, and even those under the age of 30 have been shown to be susceptible. In most men, testosterone levels rise and peak during early adulthood, after they remain steady until around age 30. Aft er this point, they begin a slow and steady decline of about 1% each year. In some men, this decline can begin earlier, or it can be more aggressive once it starts. This condition can be treated through a variety of means, so it's important to know the signs.

What Is Low T And How Does It Affect Men?

Low testosterone is an uncommon condition that occurs when a man's body fails to produce sufficient testosterone. While this condition can occur in women as well, it's much less common. It is an essential part of the development of traditionally male characteristics, including the development of muscle mass, male sex organs, deepening of the voice, hair growth, and sperm development. Falling testosterone can have numerous potential impacts on men experiencing it. These impacts can include:

These concerns are common symptoms experienced by men who have low testosterone levels. When any of them make an appearance, it's time to make an appointment with your physician. There are techniques and treatments to reduce the impact of this condition.

What Should I Do If I'm Experienced Symptoms Consistent with Low T?

The first step on your list is to reach out to your physician for an appointment. Testing testosterone levels is simple, only requiring a blood test to check your levels. In the event that your physician discovers your testosterone levels are below normal, they'll begin to develop a plan to treat the condition. This often starts with an exploration of your medical history and an exploration of what may be causing the condition to appear. Common causes of low T in men younger than 30 include:

If you're concerned that you may be having symptoms related to low testosterone, reach out to your physician for an appointment today. They'll schedule you for an exam and blood test. Once the results are known, you'll receive a consultation where the next steps will be discussed. This condition is typically easily treatable, so don't let Low T impact your life any longer than necessary. Seek help today!

We are open during the following hours: