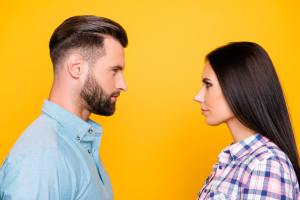 What are the Key Differences between Women and Men’s health?

One of the most immediate dissimilarities between men and women is that their health determines the type of screenings they need to have to maintain and understand their health. Women need to have selections for cervical cancer, PAP tests, and HPV from the age of 21 onward, while men require screenings for prostate cancer when they’re in their 40’s onwards. Breast cancer screenings seem to be the only commonality between these two genders, and other forms of screenings even if they’re testing for the same illness, still take in the factors of these two genders into consideration.

Obviously, women and men have to see different doctors for various parts of their health when it comes to certain parts of the body. Women need to see an OB/GYN for their reproductive health, while men don’t need to. Women need to start visiting the OB/GYN as early as 13 to 15 years old, once they begin developing their period. Men, on the other, would have to see doctors such as proctologist, a doctor that specializes in men’s health, specifically regarding the prostate.

If you have concerns over your health and want to know what specialist you need to see to take care of your health, then give Dr. Sam Olu Faleye a call at the Prime Health Medical Center in Memphis, TN. They have been helping patients optimize their health for a long time in the Memphis area. By understanding these differences, their large team of doctors will be able to treat any illnesses that you have with your body and give you the most assured therapists and treatments available. No matter your gender, they’ll be able to work with your health history, help diagnose what’s wrong with your body, and work with you for the best solution.

We are open during the following hours: